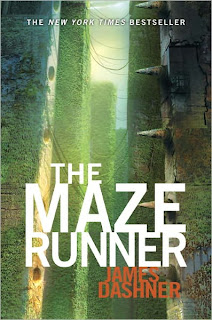 When Thomas wakes up in the lift, the only thing he can remember is his first name. His memory is blank. But he’s not alone. When the lift’s doors open, Thomas finds himself surrounded by kids who welcome him to the Glade—a large, open expanse surrounded by stone walls.
Just like Thomas, the Gladers don’t know why or how they got to the Glade. All they know is that every morning the stone doors to the maze that surrounds them have opened. Every night they’ve closed tight. And every 30 days a new boy has been delivered in the lift.Thomas was expected. But the next day, a girl is sent up—the first girl to ever arrive in the Glade. And more surprising yet is the message she delivers. Thomas might be more important than he could ever guess. If only he could unlock the dark secrets buried within his mind

I would very easily describe the Maze Runner as A-mazing!  There is so much to like about this book that I don't know where to start. This book was recommended to me by my library teacher (Mrs. T). She said it was recommended by others so that made me think that it would have to be good.  But when I read it, and journeyed with Thomas, I realized that this book IS the BEST book I've ever read!


The book comes together so good, everything fits and the writing is strong like a chain making me crave the next chapter! One thing that the author, James Dashner, did was he never let the story become boring. I would try many times to think of something that would be cool in the book and he would top my expectations each time! Like when he brought Gally into the story and when I believed that he died, TWICE! And the ending was PERFECT!


I could go on with descriptions of the book but I won't because you'll have to read it for yourself!!

Recommend? Yes, I would recommend this book, especially to those who like stories about epidemics or end of the world events with some action. I really want to read the next one! 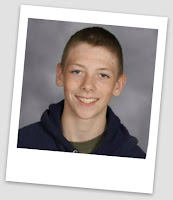 Read and reviewed by Ryan B. Ryan is currently in the eighth grade and loves to read just about anything I throw at him! He stops into the library almost on a daily basis always  eager to find the next great book to read! Look for more reviews from Ryan in April, May and June!