'Dracula in Love: A Novel' by Karen Essex 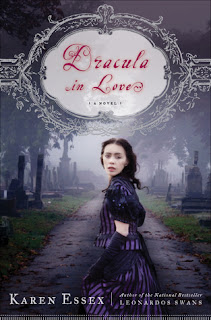 About: A new take on Bramstoker's Dracula but told from the POV of Mina.

Location or characters you met:
What worked for me:
What didn't work for me:
Recommend? Yes! For those who don't care for explicit sex scenes then you may want me to black out those passages for you, but if you're a fan of Dracula and find yourself intrigued by a GROWN-UP version of vampire love....then look no further because this is a great read!


Published: August 10, 2010
Publisher:  Doubleday
Pages: 370 (Uncorrected ARC)
Genre:  Historical Romance Fiction
ISBN: 9780385528917
© 2010, Staci of Life in the Thumb. All Rights Reserved. If you reading this on a site other than, Life in the Thumb or Staci's feed, be aware that this post has been stolen and is used without permission.