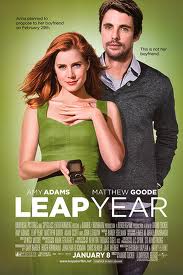 Leap Year
Released Jan 2010
Source: Checked out from my library for .75 cents
My husband watched this one before me and thought there was no chemistry between the leading man and woman, so I was prepared to be disappointed. Well, amazingly enough I thought this was a cute movie. I have this thing for Ireland so I'm sure that played a huge role in my enjoyment. I have to admit that I ended up with a bit of a crush on the Irish barkeeper. The love story was o.k. but not that believable to me. I would totally recommend that you rent this DVD..not worth the $$ to own.
My Rating: 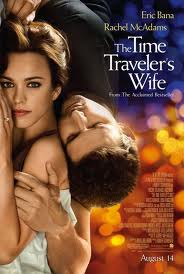 Released: 2009
Source: Checked out from my local library .75 cents
I have avoided watching this movie for a full year because I LOVED the book so much that I just did not want to be disappointed. Well, I was!!! The first part of the movie was incredibly slow and if you hadn't read the book, you would be wondering just what the heck was going on. I had to explain a few things to my husband as we watched this. The last 45 minutes were saved by the introduction of Alba....she made the movie for me. This movie didn't elicit very many emotions for me and that in my book makes it nothing to write home about!
My Rating:  Alba raised this from a 2 to a 3 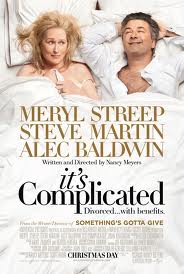 It's Complicated
Released: 2009
Source: Checked out from my local library .75 cents
OMG.....I absolutely loved loved loved this movie!! Meryl Streep just gets better with age and for once I really enjoyed Alec Baldwin. I enjoyed watching how this story played out and thought there was real chemistry between all of the actors. I believed everyone. I cried right at the beginning of the movie where Meryl's character walks back into her empty house and wonders what she's going to do now that her children are grown and flying the coop. This is one movie that I would watch again!!!
My Rating: