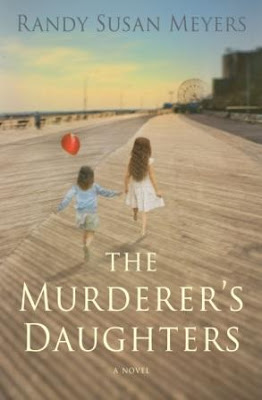 Author: Randy Susan Meyers
Published: January 2010, St. Martin's Press
Pages: 310
Genre: Fiction
Source: TLC Book Tours
Synopsis from TLC:
Lulu and Merry’s childhood was never ideal, but on the day before Lulu’s tenth birthday their father drives them into a nightmare. He’s always hungered for the love of the girl’s self-obsessed mother. After she throws him out, their troubles turn deadly.
Lulu’s mother warned her to never let him in, but when he shows up, he’s impossible to ignore. He bullies his way past ten-year-old Lulu, who obeys her father’s instructions to open the door, then listens in horror as her parents struggle. She runs for help and discovers upon her return that he’s murdered her mother, stabbed her sister, and tried to kill himself.
For thirty years, the sisters try to make sense of what happened. Their imprisoned father is a specter in both their lives, shadowing every choice they make. Though one spends her life pretending he’s dead, while the other feels compelled to help him, both fear that someday their imprisoned father’s attempts to win parole may meet success.

My Thoughts:
Randy Susan Meyers has crafted a world that pulls you in page by page and will not give you up until the very last word. Once I started this book I had a hard time putting it down. I was horrified by what Lulu and Merry had to live through, not only the murder of their mother, but then the total abandonment by their aunt and uncle to a girl's home. Each girl has to learn how to survive and to just get by one more day. Their coping mechanisms aren't always healthy and as adults, they will have to learn how to accept and heal from their past trauma. I loved how Meyers gave us a glimpse into each girl's life. I could so picture Merry and Lulu, as children and as adults. I found it fascinating how each one went into a career of helping others, yet they never gave themselves the attention and love that they offered others. This book truly made me stop and think about the children that are affected by the murder of a parent at the hands of the other parent. I believe that this novel would make a fantastic book club selection as there is plenty to talk about, especially the narcissistic father Victor. I really had a hard time with this character. I still don't believe that he was truly sorry for what he did. He never really showed any sympathy to Merry, nor did he apologize to the girls for killing their mother. Yet Merry went to see him weekly.....talk about guilt tripping your child.

"You think I'm a monster, Doc. Maybe I was." Daddy paused. "Yeah, I guess I was the worst kind of monster. But I was drunk and heartbroken. You think that doesn't excuse me, but I'm paying my dues."
Doctor Cohen leaned in and spoke quietly.  "It seems your girls are paying those dues as much as you."
"I guess it looks that way to someone like you, but from where I'm sitting, it looks like they're doing okay. They have you, right? From what Merry writes, your wife is a real doll." My father took off his glasses. His eyes reminded me of Grandma's. "The girls are getting good marks in school. Lulu is going to college."
"But they don't have parents do they?" Doctor Cohen said. "Nothing makes up for losing a mother."
"My girls have me. Their father."
"Hardly," Doctor Cohen said.
"I love my girls." Daddy's eyes narrowed. "And Merry looks out for me. She always will. right, Merry?"
I held my breath and closed my eyes, wishing I were far away. Then I opened them. "Right, Daddy."
p.104-105

After I finished reading this book, I sat there for a while thinking of the lives that Lulu and Merry might have lived if their mother wasn't murdered. And then I wondered, how many Lulu's and Merry's are there in the world and my heart felt heavy. 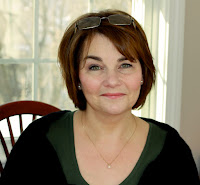 The dark drama of Randy Susan Meyers’ debut novel is informed by her years of work with batterers, domestic violence victims, and at-risk youth impacted by family violence.

Randy Susan Meyers’ short stories have been published in the Fog City Review, Perigee: Publication for the Arts, and the Grub Street Free Press.

In Brooklyn, where Randy was born and raised, her local library was close enough to visit daily and she walked there from the time she figured out the route. In many ways, she was raised by books, each adding to her sense of who she could be in this world. Some marked her for horror. Reading In Cold Blood at too tender an age assured that she’d never stay alone in a country house. Others, like Heidi by Johanna Spyri, made her worship her grandfather even more.
Some taught her faith in the future.

A Tree Grows In Brooklyn by Betty Smith was the only bible Randy ever owned, her personal talisman of hopefulness. Each time she read it, she was struck anew by how this author knew so much and dared to write it.

Randy now lives in Boston with her husband and is the mother of two grown daughters. She teaches writing seminars at the Grub Street Writers’ Center in Boston.
She is also on Facebook: http://www.facebook.com/randysusanmeyers and Twitter: http://twitter.com/randysusanmeyer.