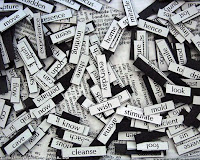 Welcome to Six Sentence Saturday.
Where I try to express my thoughts on recent reads using only 6 sentences!!!!.
At the end of each review I will post a
rating scale of 1-5 using the cute and original (lol) Playing Cards.
Rating scale will be as follows:
5 of Hearts- You must read this book NOW!!
4 of Hearts- A great read, put it on your TBR list.
3 of Hearts- Happy that I read it...a good read.
2 of Hearts- Just O.K but nothing to write home about.
Joker Card - Don't bother (why did I?)

Crossing Oceans -Gina Holmes
I was immediately drawn to this story: young woman loses her mom early in life, find "true" love (she thinks), ends up pregnant so she flees from home, only to return five years later because she doesn't have long to live and she needs to make things right with her father and the father of her daughter. This is an impressive debut novel by Holmes, one that took her ten years to bring to completion. I enjoyed this one very much and only found myself being upset a few times at certain characters behavior only because it didn't feel realistic to me. I totally understood Jenny's jealousy toward her old boyfriend's wife. This would be the woman who would raise her daughter when she died...that hit me hard because I know had it been me preparing to die and knowing that someone else would be mothering my children....oh, the heartache that would occur. I cried more than once while spending time with these characters and I'll be reading Holmes again.
My Rating:

A Complicated Kindness-  Miriam Toews
I honestly have no memory as to where I saw this book or whose review I read that made me request it from the library. I wish I did so that I could revisit why I felt the need to read this one. I found this a complicated weird experience to say the least. The "Mennonite" town did not feel true at all...I thought the characters came across as just regular everyday people who weren't really influenced by religion whatsoever. I kept turning the pages because at times I found the story enjoyable, even though there was not a punctuation mark to be found. I managed to finish the book, but the last chapter was horrible and left me wanting to throw the book at the wall.