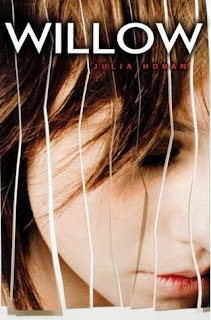 I am so excited to bring to my readers today a short Q&A that I did with author Julia Hoban. I want to preface it with letting my friends know that Julia is such an open and inviting person to talk to. We've been communicating for several months now and I finally read her book, which I absolutely LOVED and she graciously answered some of my questions. Enjoy and remember every comment enters you into the giveaway of her powerful novel, Willow.

Staci: What made you decide to write about a girl who cuts herself?

Julia: I wanted to write about a character who was self destructive---as we all are to one degree or another. I wanted that character to grow and change, to heal and move beyond her damaging behaviors, something I would hope for anyone. I chose cutting because I thought that was a particularly dramatic form of self destructive behavior---one that would immediately take readers to the gritty heart of the matter.


Staci: Have you ever known someone who cuts themselves? What kind of research did you do in order to write such compelling passages about Willow's urgent needs to release her pain?

Julia: I was rather surprised to find out that I do in fact know several people who have been cutters. After my book came out some women that I'd known for years told me that they had experimented with this kind of behavior when they were in their teens. As for the research, I did quite a bit--I read case studies, some rather harrowing memoirs--these were invaluable as far as the technical details of cutting went. But as for getting to the depth of Willow's need--I looked to the challenges I've faced in my own life. I have never been a cutter, but I have felt that kind of despair, that kind of desperation, that absolute inability to process pain in the correct way.


Staci: Do you have a special place or ritual that you do while you're writing?

Julia: I'm sorry to say that my biggest ritual is procrastination! It's amazing how inventive I can be when it comes to avoiding work! However, when I do get down to it, I am always most comfortable writing in my pj's--preferably polka dot ones. Also, I consider myself very fortunate to have my own little office. It's painted the most heavenly shade of cornflower blue, and I designed my own desk. It's hand painted with roses. Yes, you read that correctly.


Staci: I know some blossoming young writers who get discouraged easily and they don't realize that even adults do re-writes and editing. From start to finish how long did it take to write Willow?

Julia: I wrote the first draft of the book very quickly. It was barely a hundred pages, and was really no more than a rough outline of the finished product. It was something I had to get down on paper though before I could go on. The next draft included a seven hundred page outline and took six months. But it's fatal to compare writing processes! Everyone is different! The important thing is to stick to it, especially when you're ready to give up. Look, if it makes anyone feel any better, take heart from this example: Van Gogh wrote to his brother that he didn't think he was worthy to paint in oils. Van Gogh! The man who forever transformed oil painting! I guess what I'm trying to say is that if you're discouraged, if you're beset by self doubt, don't let it get you down. You're in good company!


Staci: Did the character Willow haunt your dreams while you were writing this story?

Julia: I can't say I ever dreamt about Willow, but I can say that my every waking minute was obsessed with her. I think one not only has to be obsessed with their characters, but love them deeply as well. I read in Laurence Olivier's autobiography that he felt he truly became an actor when he learned to love the characters he was playing, flaws and all, without judging them. A writer has to feel the same way about the characters they are creating. We may be writing about people with tremendous failings, but we still have to adore them. We have to be willing to spend every moment with them occupying our thoughts.


Come back tomorrow for Part 2!!! And Thank you for stopping by today and taking the time to read my interview with Julia and to leave a comment!!