'Heart with Joy' by Steve Cushman 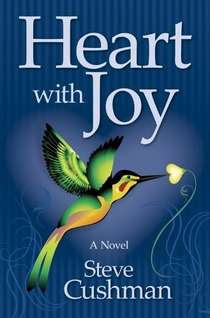 Genre: YA but appeals to older adults
About the book (from author) :
In Heart With Joy, fifteen year old Julian Hale’s life is turned upside down when his mother suddenly moves from North Carolina to Florida under the pretense of running her parents’ motel and finishing the novel she has been writing for years.  While Julian has always been closer to his mother and wants to go with her, she tells him he has to stay with his father until the end of the school year. Six weeks after his mother leaves, Julian’s father decides to run a marathon.  Once Julian agrees to help him train, the two develop the sort of close relationship they’ve never had before.  Also, with the help of an elderly neighbor, who loves to spend her days bird-watching, Julian learns that the most important thing in life is to follow your heart.  And Julian’s heart leads him to a passion for cooking and a young cashier at the local grocery store even as his own parents drift apart.  By the end of the novel, Julian is forced to choose between staying with his father and going to live with his mother.

Heart With Joy is an uplifting coming of age novel about the importance of following your heart and trusting that it will take you where you need to go.


Why I wanted to read this book: I read a wonderful review of this book on Jan's blog, Eating Y.A. Books,and just knew that I wanted to get my hands on this one. A week later I received an email from the author asking if I would like to review a copy and I had to say yes. I love YA books where the main character is a young man...just not enough of those out there!!!

What worked for me:

Recommend?  YES! YES! YES! The story is all about communication and having real conversations with each other. Too many families are busy with life and nonsensical things. We've forgotten how to just be in the moment and relish the birds singing or to be really in the moment when a loved one is talking to us. Julian was able to make some "real" connections with people in this story and it touched something within me that has made me refocus my attention on my son's when they're talking to me. They deserve to have me there....really aware and fully alive. This is easily one of my favorite books of the year! 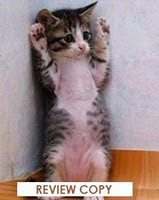 Thank you to Steve Cushman for sending me a review copy. I was not compensated for my review. My thoughts on this book were in no way influenced by the author or publicist. They are my personal reflections based solely on MY experience while reading this novel.


© 2010, Staci of Life in the Thumb. All Rights Reserved. If you reading this on a site other than, Life in the Thumb or Staci's feed, be aware that this post has been stolen and is used without permission.